Again the longest day was past. The days were getting shorter - it was still barely noticeable but we knew it was happening, this summer too would pass.

Again the day came to an end, again the bright red above the horizon grew pale, the water in the distance kept its colour, but barely, darkness crept up everywhere out of the earth, now the far canal had vanished in the night.

We were gloomy about all the things that had passed, and about our lives, which would end while all these things continued to exist. We would see the days get longer a few more times, then we wouldn't be young anymore. And after that, when the chestnut trees had blossomed red or white a few more times, we would die, in the primes of our lives or maybe as old men, which would be even worse. And the sky would be red again and the canal would still be there too, most likely, gold in the twilight, and they wouldn't notice any difference. 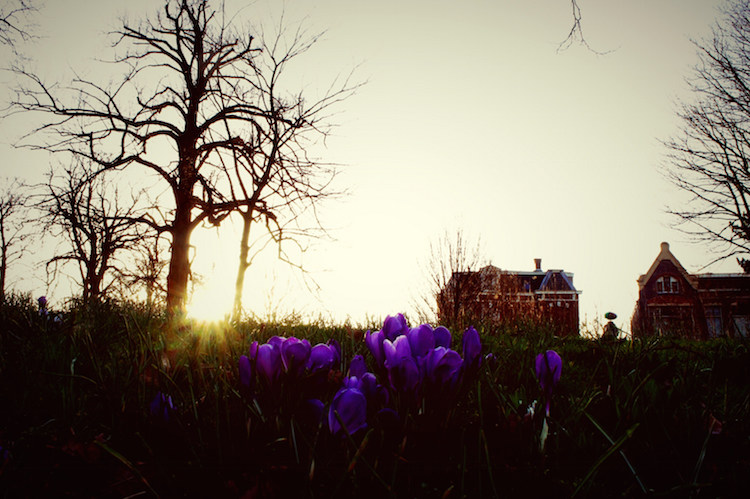 And with that sad eloquence the Dutch writer Nescio, still then young and not yet successful as a businessman, voiced the deepest premonition we all grapple with in our fleeting youth - that we don't really matter and that the world goes on without us.

"Nescio", Latin for "I don't know", was the pseudonym of Dutch writer Jan Hendrik Frederik Grönloh. Born in 1882 in Amsterdam, he wrote a small number of short stories and died in 1961. Most of his published work dates from 1911-18. His reputation is barely recognised outside the Netherlands. Nescio's most notable works are The Freeloader, Little Titans and The Little Poet. They all deal with the tentative hopes of quiet young men who live a rich inner life but fail the tests of arrogance and hubris.

You'll find more on Nescio here at The Millions ...